A Tale of Two Garage Doors

A Tale of Two Garage Doors

Yet, even in these uncertain times with misinformation abounding Florida building code, wind mitigation, and resale values, as in every good story, there is a protagonist. Yes, a bright yellow beacon of light that opened its doors on major thoroughfares across the state known as D & D Garage Doors. Everyone who passed by was someone or knew someone who was helped in their time of need by D & D. The bright yellow walls soon became associated with warm,  friendly service and enlightening ideas on cutting edge designs in the state’s toughest and stringent code regulated markets, garage doors.

Our story begins in a little place called Sarasota, Florida with two homeowners wanting to replace their worn down existing garage doors for new garage doors on homes they were hoping to sell in a short time, Mr. Herbert Box and Ms. Vanessa Saavy.

One day, the shrewd and miserly “Mr. Box” came down to the Sarasota Design Center and with tunnel vision made his way to a plain white sample in the back. He was greeted by a D & D representative and Mr. Box quickly made his point that he wanted the cheapest possible option. The only thing it had to be was “hurricane” rated.  After all, he said he was selling the home and didn’t really care about the style because he wasn’t going to live there and “a garage door is just a garage door.”

Never wanting to be pushy, the design consultant walked him through the process of getting the initial estimate, how soon he could expect to have the new door installed and informed him that even the most basic option would be not only “hurricane rated.”  You see even our most basic doors are braced for wind- and also “hurricane rated,” meaning they are  large missile impact tested which would most certainly be a selling point for realtors to future home buyers.  Mr. Box was satisfied and knew he’d come to the right place. Not only was the door in his budget, but he left knowing some things he didn’t about the product and process. He drove to his home on Square Street and waited for the estimator to arrive while enjoying his favorite plain Vanilla Ice Cream.

Later that day, a very polished and put together woman came in and introduced herself as Ms. Saavy. As she looked around at the more than 20 doors on display, she said “I had no idea there’d be so many options to choose from. Here’s a picture of the home I’m trying to sell, and I’m on a budget. I’ve read that garage doors are the #2 best return on investment according to Cost vs. Value and I’d love to get a lot of “Wow factor” for my investment. What do you suggest?” Her curiosity enabled the salesperson to not only tell her, but SHOW her how her home could look with a new garage door on the Design Center’s large computer screen. She actually got to “try” them on and found the one that fit perfectly. They discussed new features that would surely entice prospective homebuyers over comparable homes’ garage doors such as:

Ms. Saavy was so excited about this whole new world of budget friendly choices and resale potential, that she celebrated by ordering her favorite coffee, well actually it was a Venti, half-whole milk, one quarter 1%, one quarter non-fat, extra hot, split quad shots (1 1/2 shots decaf, 2 1/2 shots regular), no foam latte, with whip, 2 packets of splenda, 1 sugar in the raw, a touch of vanilla syrup and 3 short sprinkles of cinnamon….

but a coffee is just a coffee, right?

She thought as she pulled up into her driveway on Winner’s Circle how great the new door would look and how it would literally be the first thing any agent or buyer would see.  She couldn’t wait for her visit from the estimator coming the next day to get this process started.

Some weeks later this story ends well albeit differently for both customers. On the one hand, they both had a great experience and got exactly what they were looking for and more. One saved a little initially, but the other sold the home faster and got higher offers. They also got reliable information from a reputable company.

See for yourself … think about pulling up in the driveway of a home you are looking to buy and is there a tale that two different garage doors tell about the home?

Knowing that these homes are comparably sized and priced, would you rather live at the one on Square Street?

Or the one on Winner’s Circle? 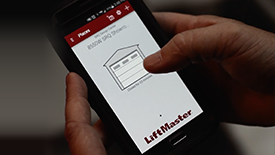 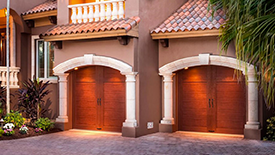 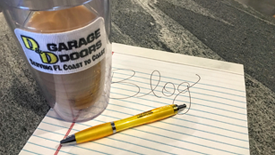 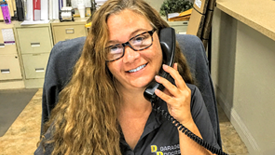